After trying out a couple of games that I just couldn’t get into, mostly because I couldn’t figure out the basics, I was very happy to find myself enjoying a new game immensely. It may be, underneath it all, a first person shoot–em–up, but one of my first experiences in The Outer Worlds was a delightfully amusing conversation with a computer. 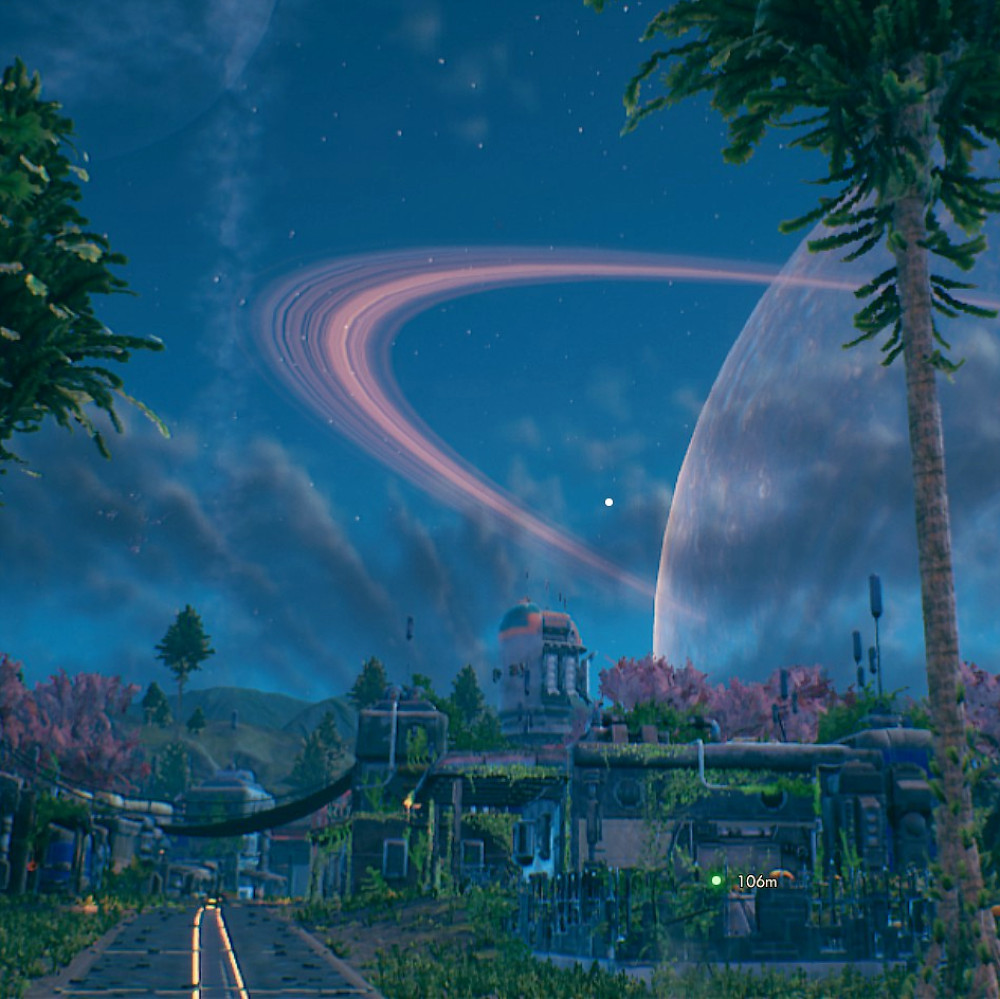 The game is set in a dystopian science–fiction future, a corporatist nightmare on the frontier. People who disagree with their masters are no longer human, & can be murdered with impunity. It’s the kind of thing I read as a kid in too many American dystopian sci–fi books, it’s the kind of setting that Iain M Banks successfully obliterated. It appears the creators of The Outer Worlds haven’t noticed their fandom is elderly. I do wish they knew their Banks, though, he showed just how exciting settings can be without having to presume that ‘civilisation’ requires the cruelty of the 17th century. Still, as depressing as it is, it makes for a good game.

The game play itself is overcomplicated, but sufficiently well designed so that you can ignore all the complication and get on with the playing. The settings are open world and vast, giving you ample space and opportunity to explore and enjoy what’s been made. There are some wonderful settings.

I was particularly impressed with the various beasties. They’re clearly alien, or maybe escaped experiments, but they look and move as though they were the real thing. Indeed, my only criticism of the invented alien ecology is the complete absence of prey species: there seem to me to be far too many eaters and far too few eaten. The human population, whom the carnivores clearly like to munch, isn’t sufficient. But that’s a picky quibble that doesn’t interfere with the game play: more nasty things to shoot! If the ecology had felt real, I might instead have tried to dodge the nasties rather than extinct them. Anyway, it’s a game, and it’s fun to frag them!

You acquire non–player support characters as you play. One of the great joys of the game is the dialogue between them. I found myself deliberately mixing different characters just to hear what the game’s creators had scripted for them to say. There were also some laugh–out–loud interactions for the player to enjoy directly. One of the best, and perhaps the earliest in the game, is between you and the ship’s computer. It had me giggling. Another that had me roaring was a conversation with a brown–nose shop assistant about modelling clothes. There are other glorious snippets throughout the game. Some of the voice acting was slightly off, even wooden, but where good voicing was mixed with good dialogue, delight followed. 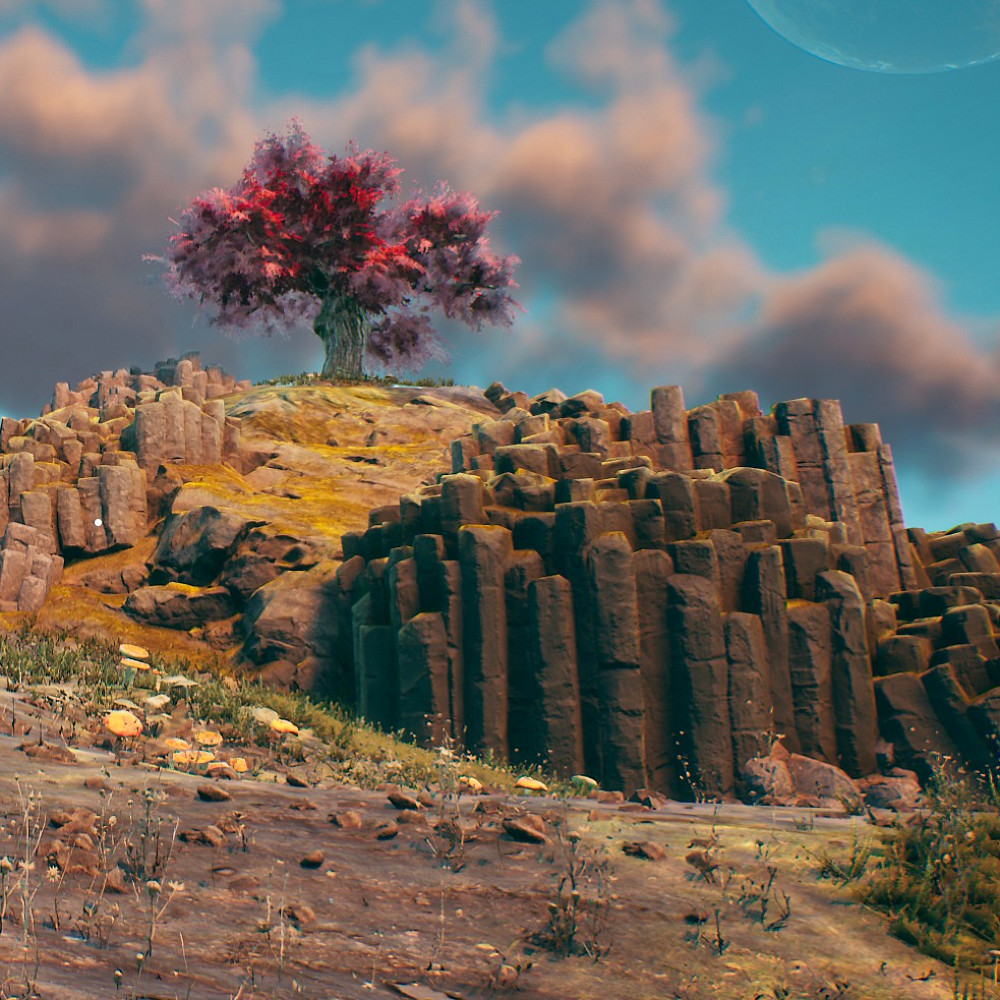 I didn’t, though, get on with the music. It got my heart beating towards the end of the game, but, beyond that, it was unadventurous and uninspiring. I get the game needed light music most of the time, but there’s light music and there’s light music. This, to be honest, was so middle of the road it had me considering lorry driving lessons.

The visuals are a pastiche on 1950s American Science–Fiction magazine covers, and probably lots else besides. The artists ran with that and kept running and made something great. I don’t know how many old magazine and book covers I swear I recognised, in theme at least. Good stuff.

The plot itself has a myriad multiple endings, which your actions determine. It’s complex, but complex as in a huge game, not complex as in confusing. You get considerable freedom to change the direction of events. You can end up as nothing, you can end up as the next fascist dictator (which the game actually likes, would you believe: someone please please introduce the game’s creators to the lessons of history). Indeed, the size of the game, together with a bizarre desire to try out all the endings, would probably give a dedicated player a year’s entertainment.

The plot feels real. People in power make decisions for themselves all too often, and not for the population they control. Plus ça change! But their motivations for their decisions feel real, as do the consequential actions, as do their mistakes: all of them align with my understanding of the way real people behaviour. The tension in the game comes from the difficult problems in the setting and the wrong decisions people have made for what some would consider to be the right reasons. Chose your side(s) carefully: all are grey, but some are greyer than others.

The game flow consists of a number of quests that you have to complete. There is rich choice of additional side quests, some of which are amusing puff, some of which can make a dramatic difference to your overall progress. I played as many as I could, and I’m talking dozens here, but I know I missed quite a few. 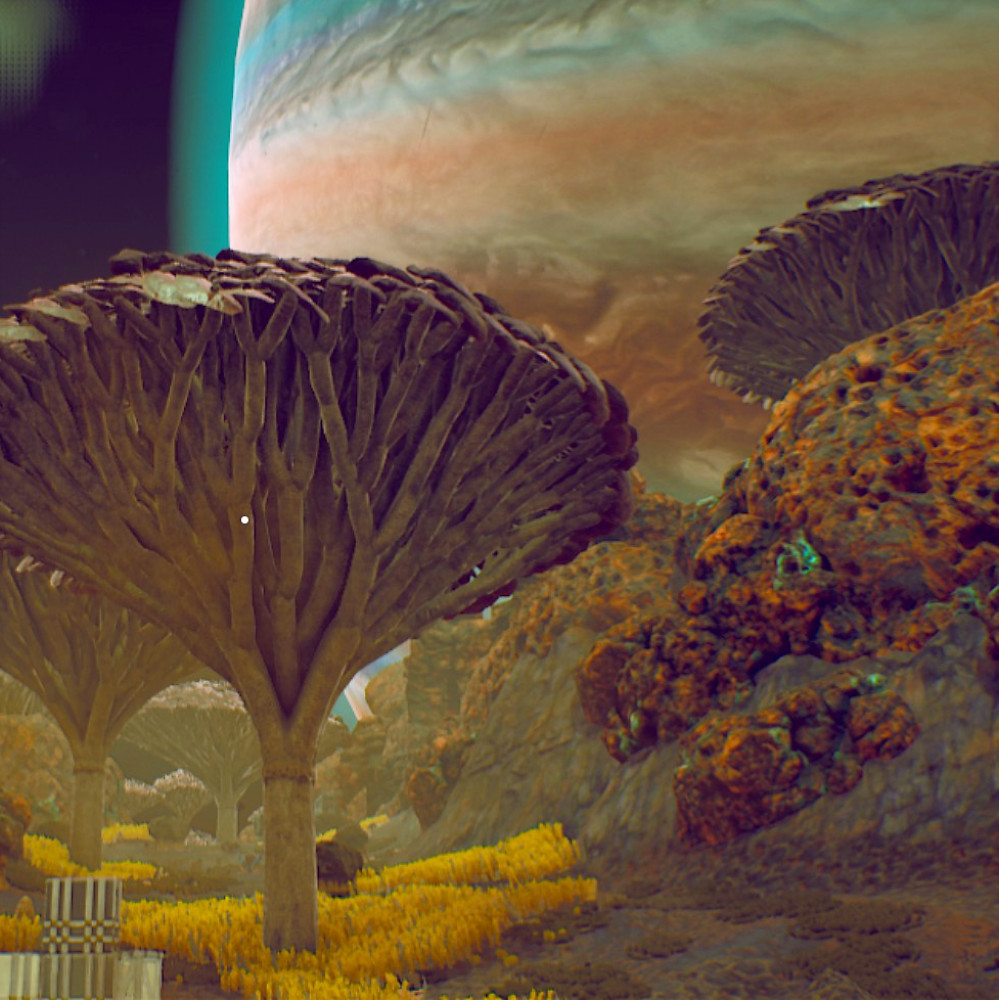 Mind you, the very fact that I find myself saying this about a game setting shows the game is pretty impressive; most game settings are just plain, out and out bollocks full of unthought through fantasy tripe, recycling lazy tropes such as dragons and pixies with a complete lack of even the slightest hint of creativity. This game has tropes, but it has far more.

There is an attempt to give at least one of the bunch of revolutionaries some depth, but this is more to warn players that people who think politically are best shot (which, to be fair, history does sometimes support). On the other hand, the story line is sophisticated, with flawed characters making mistakes and falling in love and being boneheaded idiots, some of which have the almighty consequences that you, the player character, have to sort out. You are the one to sort out the mess created by the corporatist masters, who made their wrong and selfish decisions for quite normal human reasons. If you can disregard the underlying theme that there is nothing wrong with corporate dystopias really, just that there are sometimes bad apples, and get on with playing the game, you’ll find it’s excellent and delightful.

Overall, this is a huge open game with many moments of pure delight, & a plot that works. I enjoyed playing it immensely and will most certainly return to it. Rarely for me, I am happy to recommend buying it at full price. 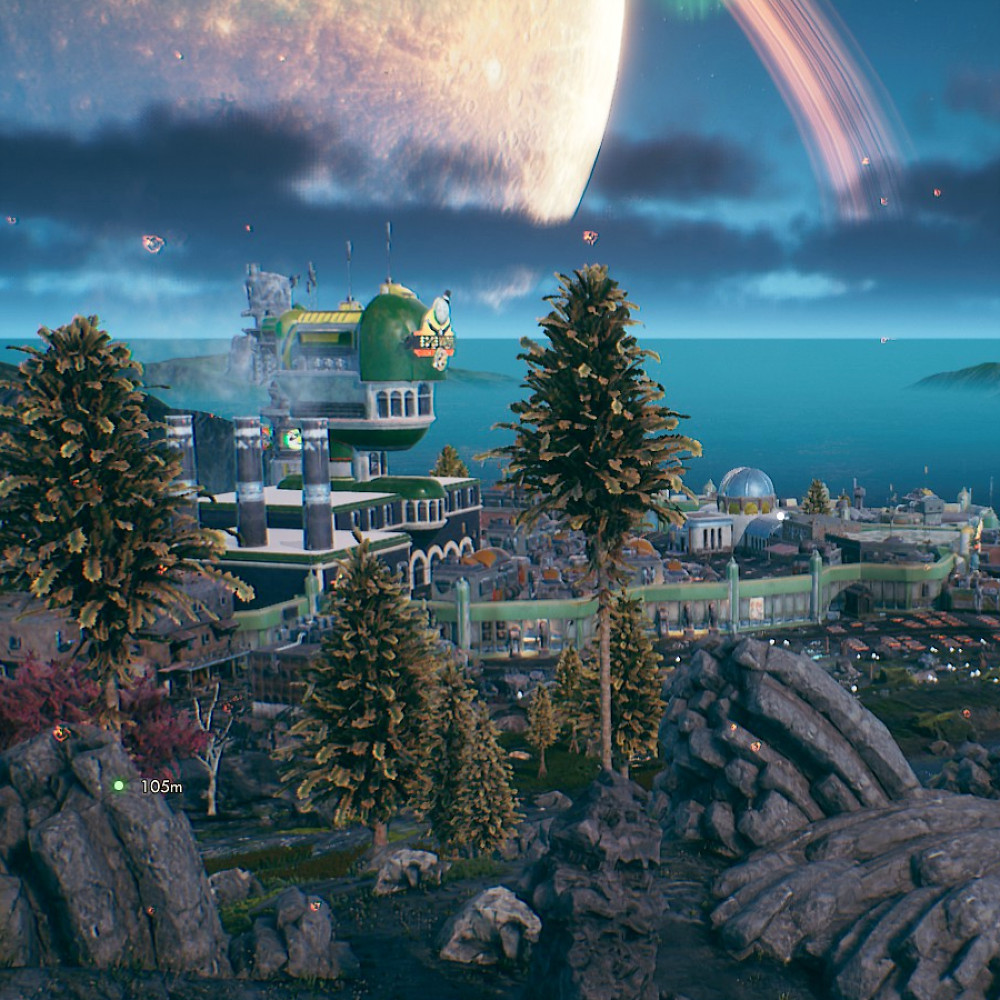 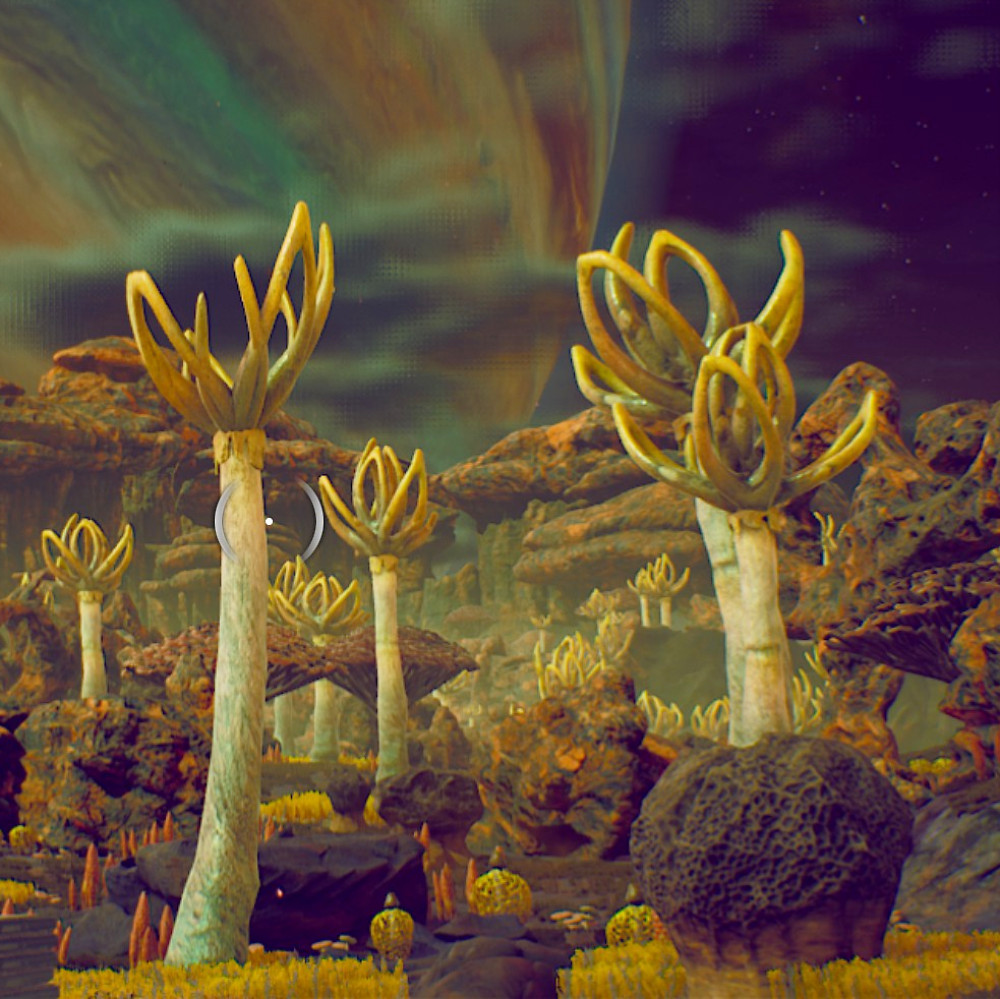